The beginning of ethnic cleansing in the countries of
the former Yugoslavia.

Did your family member go on holiday to Croatia in the summer of 1991? At that time battles were raging over a large territory of the country. However, there was no fighting in the northern seaside areas in order to keep tourism going, and also there was no Serbian minority.

As Slovaks were holidaying in the country’s northern part,  war was raging elsewhere.

The term ethnic cleansing was used for the first time during the war in Croatia. This very emotionless and detached expression is very distant from its meaning which refers to war crimes such as forced repatriation, raping women, and killing based on ethnic origin. Ethnic cleansing led to more than 130,000 deaths in the wars in the former Yugoslavia.

Fake news that killed 300 patients
in a hospital

Brutal ethnic cleansing began when disinformation spread about the slitting of the throats of small children from the village of Borovo Naselje near Vukovar in the east of Croatia.

We saw plastic bags filled with many small corpses. I saw them over a 20-metre distance. They were obviously children between five and seven years of age. Their throats were slit open, and their little heads lay in blood. It was so horrible that even soldiers cried …

Vukovar – a city of multinational friends

Before the war Vukovar was a thriving industrial city that exemplified a peaceful coexistence of various nationalities. In 1991 Vukovar was besieged and shelled by the troops of Croatian Serbs and by the Yugoslav People’s Army for three months. 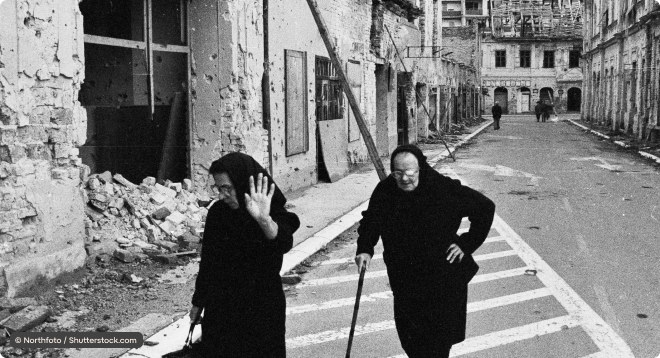 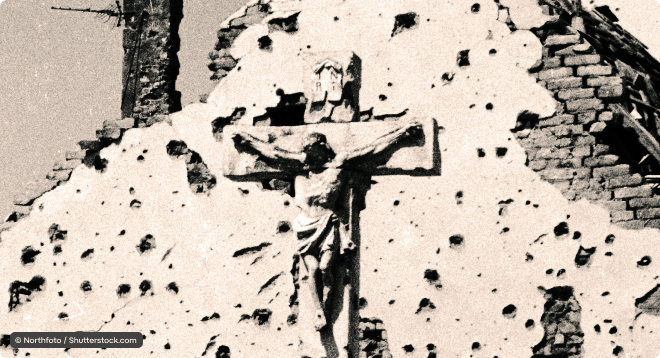 An eye for an eye, a tooth for a tooth?
It did not actually happen.

A day after the capitulation of the city the media released news that the Croats had murdered Serbian children. News about the massacre was also broadcast by the Reuters agency, which referred to journalist Gordon Mikić as the source. He said that he saw with his own eyes that 41 Serbian children between five and seven years of age were murdered and thrown into a cellar. Croat soldiers were allegedly the perpetrators. Reuters withdrew the report the following day, and the news has never been confirmed as true. However, it was impossible to stop the vengeance and carnage that followed.

Hospitals must not be attacked.
It was not true in Vukovar.

After a three-month siege the city of Vukovar was in ruin. Hundreds of desperate women, men and children were hiding in the local hospital. Its area was under constant shelling, so the entire hospital was moved into the basement area, where the conditions were unsatisfactory.

These names are reminiscent of fascists in the Second World War when many Jews, Serbs and Croats died. In the 1990s the media in both countries kept reminding the citizens about all of this. The television and newspaper coverage made Serbs who lived in Croatia fearful of Croatian institutions and encouraged them to be resentful. Croatian nationals in Serbia experienced the same. It was planned propaganda guided by politicians in both countries. The role of the media in fueling the conflict was as important as was the role of logistics and finances.

Propaganda is an effort to spread opinions and information with the aim to change peoples’ views and influence or boost their attitudes. Propaganda uses mass media tools, and it typically distorts reality. It works with emotions, fear, and hatred. Propagandists always present themselves as objective, but in fact, they systematically manipulate facts to achieve their goals.

Human beings were as pigs given over to deatht

On 20 November 1991, soldiers drove about 300 people out of the hospital and transported them to a pig farm outside the town. There the Serb soldiers and members of local paramilitary units beat the people with everything that they could grab. This inhuman treatment went on all afternoon until the evening, and when some people were already dead.

In the evening the unit received an order to leave the place. This sealed the fate of the non-Serbians. They were taken to a place about one kilometre away from the pig farm where dead pigs from the farm used to be buried. Driven by hatred, the Serbian paramilitaries used a bulldozer to dig a large pit and ordered the detained people to stand at its edge. Then they gradually executed them by firing machine guns. The soldiers left the place early in the morning on 21 November and left 264 dead bodies in the mass grave. Some murdered people from the hospital have still not been identified.

Croat of Czech origin helped
to find the mass grave 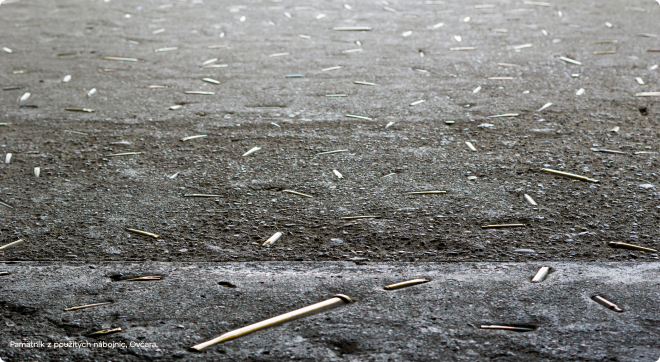 …At one moment I decided to jump out…

Zdenko Novak survived the massacre in Ovčar. His testimony played a crucial role in finding the mass grave. Along with 19 other people he was put on a sheet-covered trailer that was pulled by a tractor into the dark. Zdenko Novak realized what was going to happen and decided to take his fate in his own hands. He saved his own life. After the war he led investigators to the mass grave in Ovčar.

In October 1992 when they started to investigate the massacre in Ovčar, Zdenko Novak helped to identify the place where the tractor had turned off from the main road. At the end of a nearby gorge the investigators spotted a skull and part of a human skeleton sticking out of the ground.

The tractor turned from the road to the left into a field road, and I quickly decided to jump out. I felt that I couldn’t resist this anymore. I didn’t say anything to anyone, undid the sheet and jumped out.

I landed on my knees, but nothing happened to me. I picked myself up and ran as fast as I could towards Vukovar. I could see where the tractor loaded with the people was going as it had the lights switched on. I heard a few shots a bit later, but I don’t think that it was sufficient to kill the 15 or 20 men that were on the trailer with me. Then I ran further through a cornfield and a forest. After about two hours I reached the village of Cerić where I was captured at a Serbian check point. I managed to convince the soldiers that I was a Serbian, and that saved me.